Please come and show your support for the team this year!! 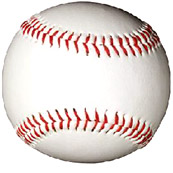 For more information.......
http://www.legion.org/baseball​​
American Legion Baseball is a national institution, having thrived through a world war, several national tragedies, and times of great prosperity as well as great despair.

The league still stands atop the traditional values upon which it was founded nearly 86 years ago. Since 1925, American Legion Baseball has taught hundreds of thousands of young Americans the importance of sportsmanship, good health and active citizenship.

American Legion Baseball enjoys a reputation as one of the most successful and tradition-rich amateur athletic leagues. Today, the program registers over 5,400 teams in all 50 states, including Canada and Puerto Rico. Almost 100,000 youths, ages 15 to 19, participate annually. Since its inception, the league has had 10 million players, and nearly 75 percent of current college players are program graduates.

Legion Baseball also has a reputation for serving the young people who play for it. In college scholarships, the league annually awards a total of $51,000 - $1,000 for a player selected from each department based upon leadership, character, scholarship and financial need. Recently, the Legion passed a resolution allowing corporate sponsorship, in the hope of creating more financial aid for college. Gatorade already funds $10,000 in scholarships for the Legion Baseball Player of the Year and the eight regional players of the year.